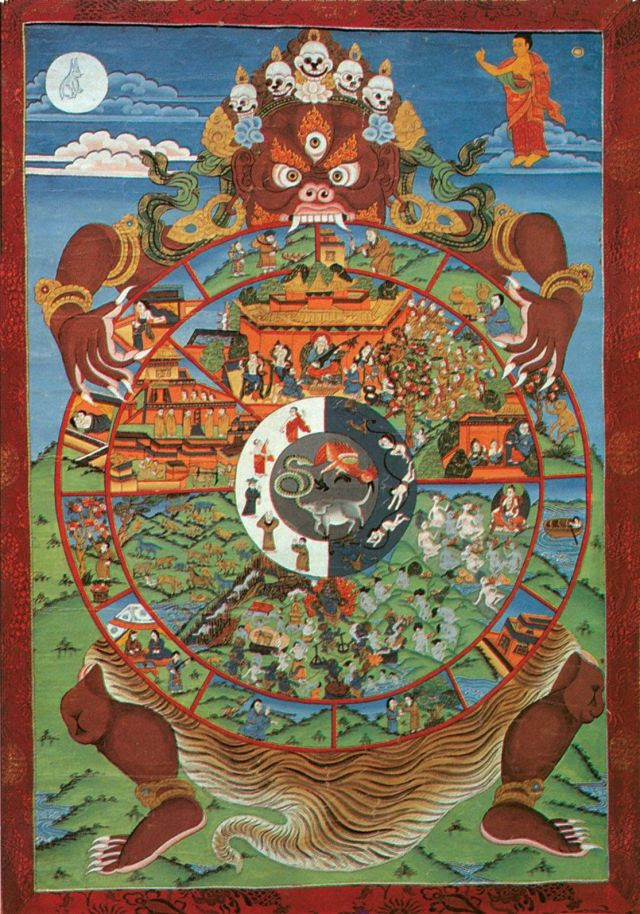 Gupta's essay is wide-ranging, provocative, and important to read if you're interested in psychedelics in the West. Especially important if you happen to live in California.

One of the byproducts of the CIA soaking California in LSD in the 1960s was the formation of the Great Awakening Myth. The GAM was well established by the Victorians and earlier occult writers: the Age of Aquarius was long in the tooth long before the musical Hair made it into a catchphrase. But the combination of LSD, cultural unrest (fuelled by people being drafted and sent to Vietnam, plus desegregation), and a huge influx of teachers of Buddhism, Hinduism, Taoism and more, fused into a sticky, tarry mess in the form of the Great Awakening Myth. This is a beast that will not die. It dies in the 1960s as reality crashes in and a wave of heroin and Altamont-style disasters contaminates the entire perception that the Age of Aquarius is nigh upon us. But it’s reborn in the 1990s all over again, now wrapped around That Thing In The Desert (hip speak for Burning Man, not Coachella.) The “Burner Exceptionalism” collides with the SF tech boom, and the Iraq war. The result is a near-reproduction of the conditions of the 1960s, but now the hippies have money, and communes can support themselves by computer programming. AIDS has cramped the Free Love stuff substantially, but polyamory is at least affordable love, and the whole shambolic mess restarts.

What I have seen is an endless parade of people who’ve been brainwashed by the same spiritual vision: a world of spiritual oneness in which some kind of advanced techno-tribal civilisation runs without ecological offence, in a paradise of peace and plenty. And, while I have no doubt that such a world is possible, it is my severe duty to tell you drugs will not get you there.

The Asian traditions were not short of access to drugs. Soma is legendary in Yoga, indeed one old name for the Yogis is apparently “those who have drunk the soma and know.” But.

Carved out of the traditional Asian context, particularly the guru-disciple tradition, what the drugs do for most people is cause massive psychological distortions. The Ayahuasca download makes no sense at all and, in this world, if you can’t represent it on a spreadsheet it is not happening. There’s simply no way forwards towards that goal for people who aren’t sitting on trust funds, and coincidentally most of the people who are most profoundly sold on the Californian Ayahuasca vision of the future are sitting on top of trust funds.

What they’re looking for is a vision of the future in which they can live a life of luxury and pleasure, flying round the world taking drugs with their friends, and feel this is directly contributing to saving the world by ushering in The Great Awakening.

I know some of these people. I’d consider them my friends (at least until they read this.) But the bottom line is that awakening individually takes 20 years of diligent effort for most people, and I don’t think it’s much different in South America. They might be able to whack people a couple of times with the Big Shiny Rainbow Mallet a couple of times to get them to understand that there is work to be done, but if it was instant enlightenment, South America would have been a utopia decades ago, if not centuries. And I’m sure the Amazonian Indians and the Peruvians and so on were doing great, at times, but the odds that entitled white people are going to absorb that culture and tradition by doing the same drugs is as absurd as people thinking that taking cocaine will let them dance like John Travolta in Saturday Night Fever.

Now, this is not to say that it’s impossible for Californians etc. to study with the South Americans and learn their ways over time. I’m sure there are good teachers and good students doing diligent work over decades to achieve an intercultural spiritual understanding of depth, integrity and deep mutual respect. But these brave few people are lost in this vast swamp of corrupted idiots trying to wash their hands in a river of nonsense just because they saw a vision of a better world on a bunch of drugs. If the drugs can ship that kind of change, they would have already. Clinical use to treat PTSD and depression is a paradigm with clinical data to support it. But mass awakening? Progress towards that goal should be visible by now if it worked, and it just isn’t. The test of spirituality is what people do: not what they see, not what they say, not what they tell you is coming. California has been steeped in hippie values and every drug, drug cult, and drug culture known to man for 60 years, two full generations, and there is absolutely no sign of mass awakening, as you can see from the treatment of San Francisco’s homeless population.

If there is no human solidarity, then no awakening has occurred.

It’s a simple and utterly reliable test. Whatever San Francisco got from 60 years of the Great Awakening Myth, it was not awakening.

Okay, powerful stuff. There's much more in the essay (a), and not all of it polemic.

Here's my summary of Gupta's argument:

I don't agree with the entirety of Gupta's argument (the "Where do we go from here?" section could especially use more work; Freinacht has a good counterpoint here), but the general thrust seems right. It's definitely the sort of thing that calls for a good measure of reflection from folks pursuing the psychedelic path. It's the sort of critique that requires a specific response.

We're not operating in territory where it's sufficient to say "Oh, I'm sure it'll all work out in the end."

We live in a world where things happen for specific reasons. Doing helpful work in such a world requires specific plans (determinate optimism, in Thielian jargon). Working with psychedelics doesn't exempt us from that.

I'm sure there will be more to say about all this. For now, I'll leave you with Gupta's diagnosis of the essential problems we're facing:

Technological acceleration is simply that our underlying capacity to manipulate and control matter and energy has been on an exponential curve since the industrial revolution or a little before. 20 years ago a terabyte is an unthinkable amount of storage, packed into a raid array of 250 gig drives. Now you can have it as a MicroSD card, and that single drive is 16 gig. Brain scanning. Genetic engineering, solar panels, self-driving cars, drones, you name it. Rocket ships and VR gear. Even retina displays. Every year that the machine keeps running, more innovation in these kinds of areas. Each generation of gore-tex is a little better, a little more nanotechnology, a little more amazing.

We have no capability to understand, much less manage, most of this change. Even if you try to keep up, it’s too much innovation over too much front to really keep an eye on. Even if you watch self driving cars like a hawk, what’s happening in immunotherapy? Have you seen the unthinkable transformation in cancer treatments?

Limits to growth is as easy as pie: an average American puts out about 15 tons of CO2 per year. Best guess at a sustainable emissions level is 3 tons. If you emit more carbon than the sustainable level, the world gets warmer every year, and eventually that starts to reduce your ability to do things like grow food. This story repeats for basically every natural resource. There are some high quality of life, ultra-low consumption enclaves in the world: Kerala in India is below one planet of consumption, and has demographics right in line with Europe. Cuba is another famous example: they were forced to decarbonise at the fall of the Soviet Union when their oil supply got cut off and built an extremely lean and efficient society as a result. We all know these examples exist, for hundreds of millions of people, but there’s very little interest in scaling them. The world has not exactly beaten a path to Kerala’s door saying “how did you do it?”

The invisible hierarchy of abuse is the answer to most of these questions, but it’s a little harder to see: consider this question. “How much child abuse goes on in boarding schools?” That’s your Etons and Harrows I’m asking about. Is the answer “none?” I don’t think so. Once in a few years, an awful story will break: a sports coach, or a choir master, or a headmaster. And that’s just the staff. Non-sexual student on student abuse is practically an institution in many of these places, and one does not assume those lines stay strictly drawn. Why is it invisible? Why don’t we have some kind of measured dialogue on these issues?

Well, I’m typing this on a Mac that I know for-damn-sure involves actions that I would consider criminal: no labour organization allowed in that supply chain, and the ever-present worry of conflict minerals down the chain there too. Never mind that my dinner will contain meat, and I know damn well where that came from.

This ability, to turn a blind eye “because we have to” is what makes the hierarchy of abuse invisible. It’s what allows a game which is almost entire made of losers to continue to be played by everybody, as if they were winning.