Hibicke et al. 2020 engages with big questions about the nature of mind, healing, and psychopharmacology.

It does so by getting rats very high, and then, several days later, forcing them to swim.

I'm still digesting this paper, so for now I'll just make a couple points about method and philosophy of science.

When we study brains, drugs, and psychological models, we mostly care about the impact these things have on the subjective experience of humans.

(There's a tangent here about how instead we sometimes do science for its own sake... discovery as an aesthetic pursuit! Fair enough, but let's leave that to the side for now. "Science to better understand the nature of human subjective experience" captures a lot of what motivates current scientific inquiry.)

Both of these approaches produce work that's fun to think about & contributes to our understanding of the world. But there are big questions around how far specific results can take us, i.e. how much any specific result can tell us about what we really care about at the end of the day: the nature of the subjective experience of humans.

We can make pretty pictures of how blood moves through the brain, but it's not trivial to connect those pictures to an understanding of how brain states relate to conscious experience. We can observe that spiders on LSD weave more regular webs than sober spiders, but how does that connect to the experiences that humans have on LSD? (This Slate Star Codex piece on adult neurogenesis does a great job drawing out some of the difficulties here.)

This is interesting because ketamine & psilocybin have different mechanisms of action – psilocybin & other classical psychedelics are 5-HT2A receptor agonists, while ketamine is a NMDA receptor antagonist (though ketamine may also potentiate 5-HT2A response? I don't yet have enough neurochemistry to sort this all out).

Why do these drugs act more quickly than traditional antidepressants? Why does the antidepressant effect of psilocybin last for so much longer (on average) than that of ketamine?

More profoundly: is the antidepressant effect of these drugs caused by the subjective experience of being on the drug? Or is it purely physiological?

These are big questions. Carefully designed human trials with longterm follow-ups & qualitative interviews could probably go a long towards answering them, or at least giving us better answers than we have currently.

So a lot of research is done using "animal models" (in this case, giving drugs to rats). These are much cheaper & faster to run than human trials, so they're attractive to career researchers who have h-indices to think of.

But studying animals is obviously further away from what we care about (human subjective experience) than studying humans. So what can we learn from rats about the dynamics of psilocybin & ketamine's antidepressant effects in humans? How could we go about inferring anything? 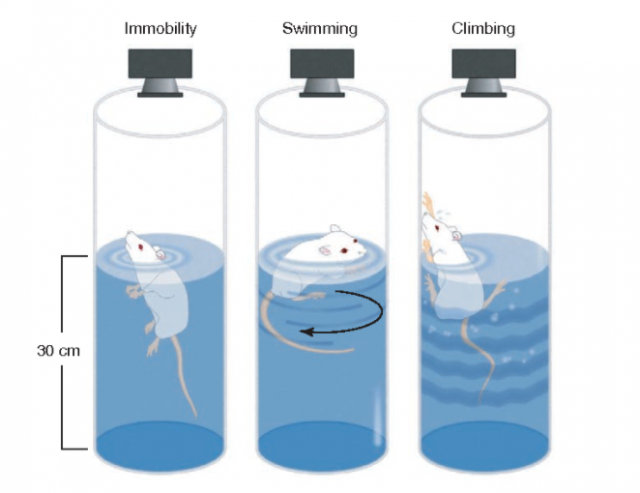 Here's some of what Hibicke et al. assumed about their rats:

Despite having a rudimentary default mode network,(34) and showing interest in mirrors, video feed, and still images of other rats,(35) rats are not commonly believed to be among the menagerie of self-aware animals. Thus, as far as modern science is able to determine, rats do not have a sense of self and are incapable of having existential anxiety, pondering the meaning behind their own existence or fearing a reality in which they, as individuals, do not exist. No one knows what the subjective experience of a rat is after being given a psychedelic, but it is highly unlikely that they are able to place that within the context of their life experiences and utilize that knowledge therapeutically to improve their affective state.

Okay, that's enough for now. There's a lot here, and I should probably read more Kuhn before continuing on in this direction.